2017-08-06: My good friend Andria texted me out of the blue one day asking me what I was up to. This is unusual because she lives in Chicago, so it’s not like we usually check in on each others’ evening plans to hang out.

In this occasion, though, she was in Los Angeles. She was about to take a 40-day journey around Asia (China, South Korea, Japan, and onwards) and had a layover at LAX for almost a full day. So we took the opportunity to hang out after all.

Note: I also took my film camera along, and have a bunch of 35mm film photos of this whole event over here on my photo journal! Meanwhile, Andria brought her polaroid camera along, which is why you’ll see a few polaroids in here as well – she took those.

We made a stop at the absolute best coffee shop in Los Angeles first, Coffee Coffee on Fairfax south of Santa Monica. Then we walked down to the absolute coolest plant store in Los Angeles, Xotx-Tropico. I love this store, it’s an adventure just going in, the whole place is overgrown and it’s a lot like exploring the jungle – or at least like what I’d imagine that to be. 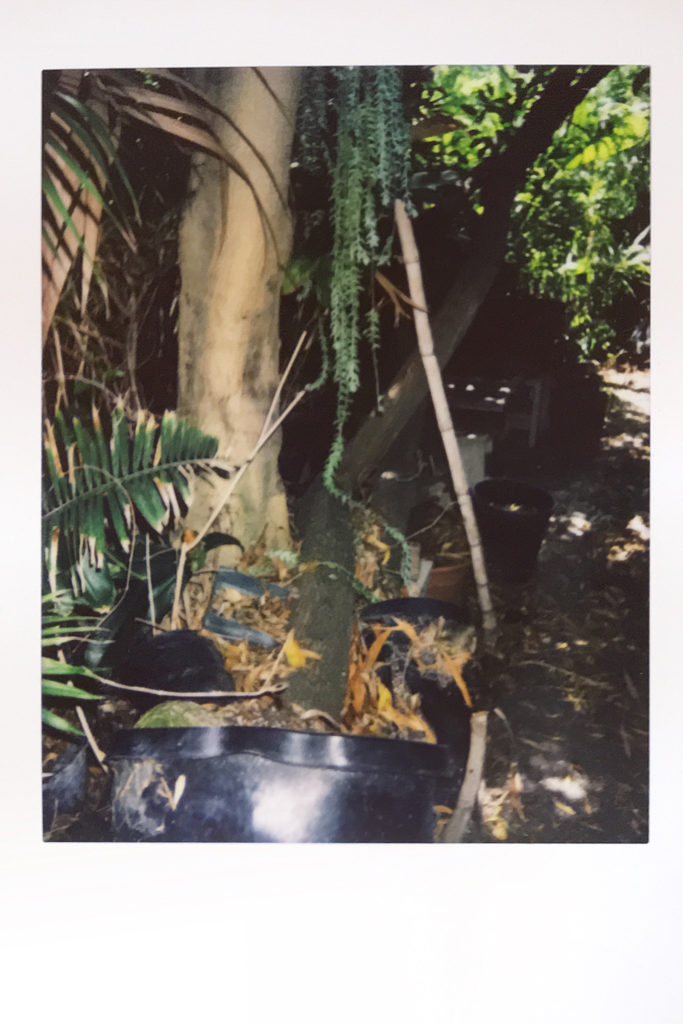 Good luck buying some of these plants! I think they’ve taken root in the ground below at this point. 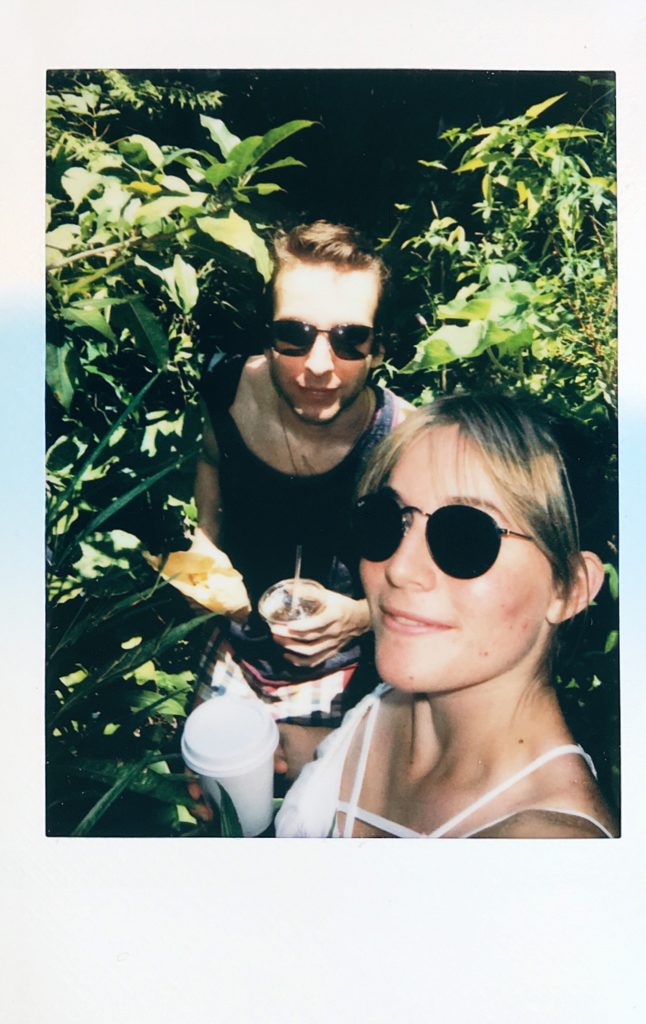 This wasn’t Andria’s first time in Los Angeles, but it was her first time having free time to walk around and explore, so I showed her some of my favorite iconic “LA” places nearby in West Hollywood. For instance, we walked to the Grove next, and I took some film photos of her in front of the fountain there. 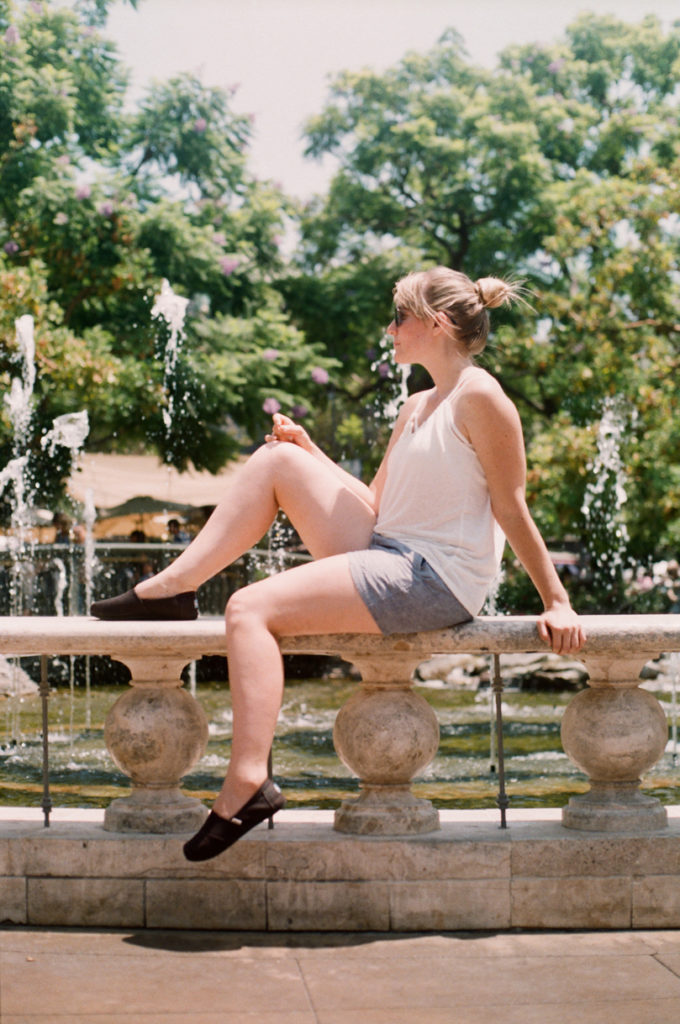 And then we walked down to one of my favorite places in Los Angeles, where I’m pretty sure I take everybody at least once… the La Brea Tar Pits.

Andria loved it and we explored the whole area anew. Here she is in front of a tar covered cone and you can see the actual museum and stone mural in the background.

And one of me posing like the giant bear behind me: 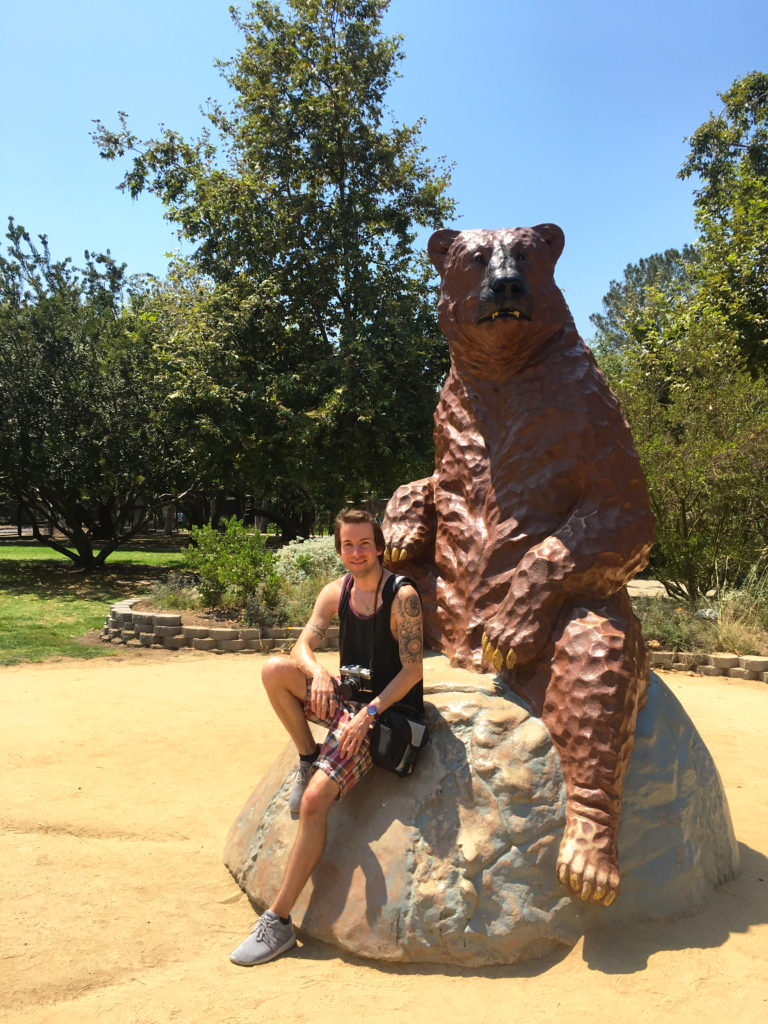 And of course, the nearby Big Rock: 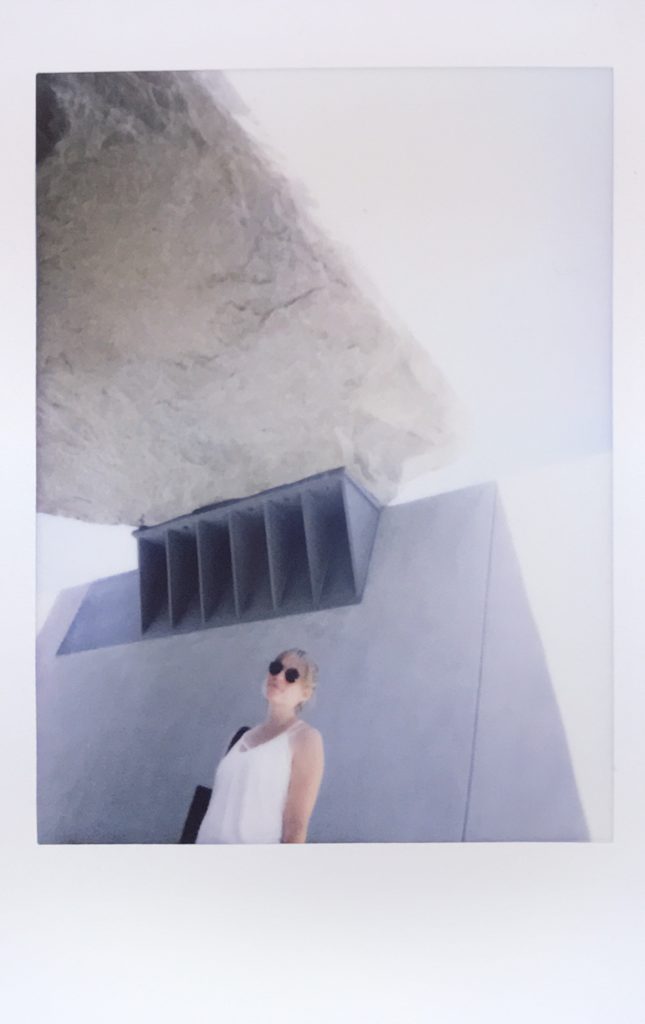 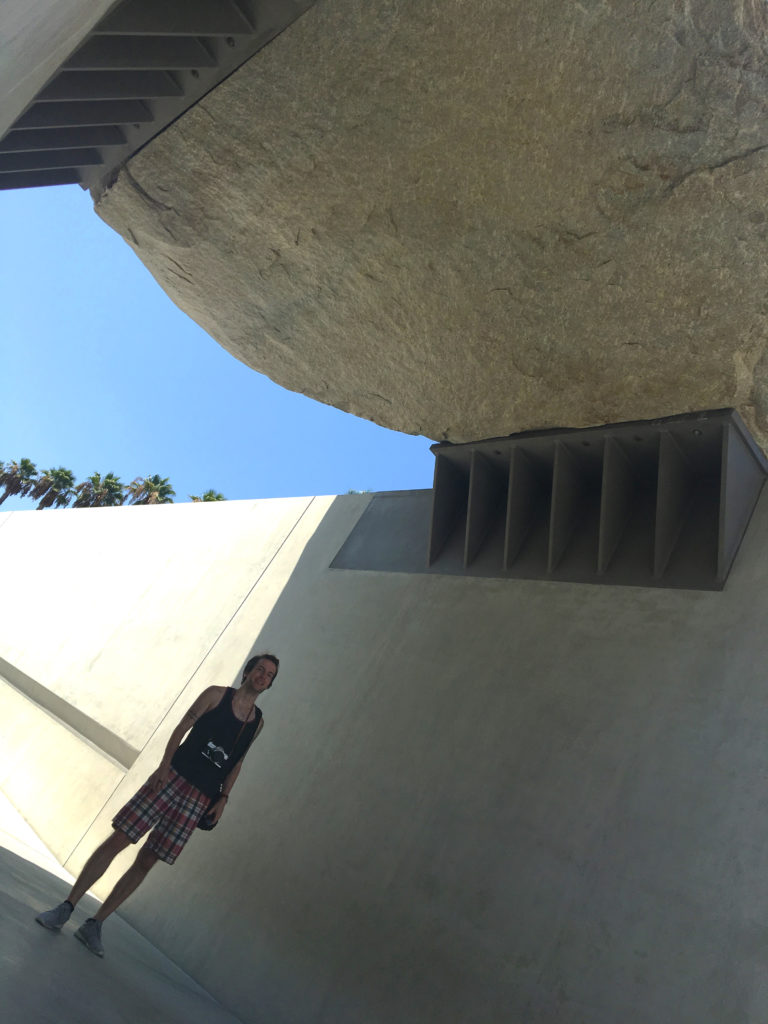 Also, the area around the big rock is pretty neat… it’s just a ton of flat hot sand lined by palm trees and construction. Lots of people do workouts or run through there. And the big rock in the background is almost surreal looking, easy to forget and yet totally out of place with normal reality. 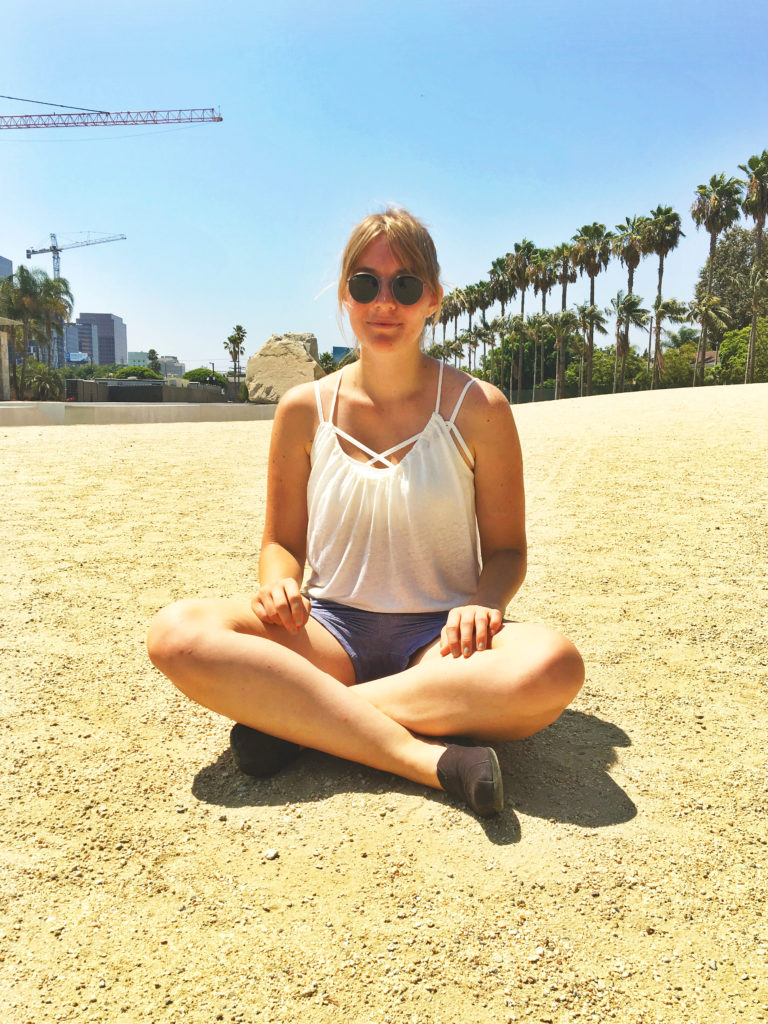 Following this, we went back up north a little ways to Melrose Avenue. Melrose is full of weird shops and bizarre people, as well as plenty of cliche Instagram photo opportunities. So of course we did that.

Here we are in front of the Paul Smith Pink Wall, which is really not significant in any way… it’s just a big pink wall. But it’s the LA thing to take your photo in front of it, so, hey.

After ducking into a few weird shops and experiencing the full bizarre-ness of Los Angeles here, we walked back up to Santa Monica and got Shake Shack. And a much-needed rest sitting down to eat since we’d been walking all day to explore.

We then hit the Sunset Strip just for a few blocks so she could see the great views of the city from up there. We covered a ton of ground before we went back to my place.

At my place, she checked her flight status and realized that her layover was actually for a full day. As in, she wasn’t leaving tonight… she was leaving tomorrow night.

Luckily it was no problem for her to sleep on my couch. We have been doing this for years – crashing at each others’ dorms in college after watching movies, me staying at her place for two weeks when I moved back to Chicago looking for a job and an apartment, her staying at my place in Chicago when she lived out of town but worked in the city, and in fact she’d come to stay at my place for a couple days in October 2018 too. So we had a couple drinks and watched some shows and went to bed.

The next morning we did a little bit more photography, and then she left to meet her boyfriend’s parents who also lived in town and would drive her to the airport. Then she was off across Asia. I’m still jealous of that trip.

HANA Concert at the Teragram Ballroom
Building a Computer from Scrap