Ever since I learned about East Timor it’s stuck in my mind. I only recently learned of the history of genocide and oppression and it made me pretty sick.

It still boils my blood whenever people talk about former president Jimmy Carter as if he was some great guy who could do no wrong. I mean, Ford and other presidents also contributed to the Indonesian invasion and genocide of East Timor, but no one with quite as much enthusiasm as Carter! He even sent a public relations expert to help spin it towards the public.

Really, Jimmy Carter and his administration pumped up the evil Indonesian rapists and murderers with so much money and equipment and weaponry they had no chance of losing. It was “the worst genocide relative to population since World War II.”

This horrifying information from Wikipedia:

Philip Liechty, a senior CIA officer in Indonesia, stated: “I saw intelligence that came from hard, firm sources in East Timor. There were people being herded into school buildings and set on fire. There were people herded into fields and machine-gunned. We knew the place was a free-fire zone and that Suharto was given the green light by the United States to do what he did. We sent the Indonesian generals everything that you need to fight a major war against somebody who doesn’t have any guns. We sent them rifles, ammunition, mortars, grenades, food, helicopters. You name it; they got it. None of that got out in the media. No one gave a damn. It is something that I will be forever ashamed of. The only justification I ever heard for what we were doing was the concern that East Timor was on the verge of being accepted as a new member of the United Nations and there was a chance that the country was going to be either leftist or neutralist and not likely to vote [with the United States] at the UN.“

So, fuck Jimmy Carter, I don’t care how many houses he builds now that he’s an old man.

Anyway, rare mentions of East Timor happen to catch my eye nowadays, and when I was at Dinosaur Coffee in Los Feliz, I noticed they had a bag of coffee single origin coffee from the country. 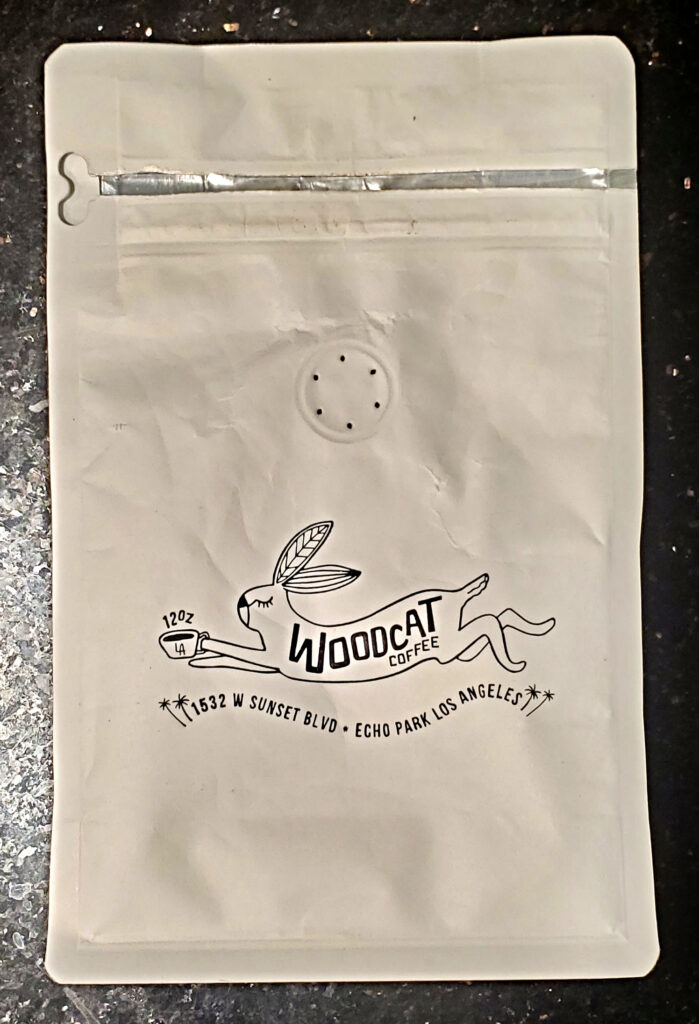 It was from Woodcat Coffee. I got it ground and really enjoyed it. Absolutely would drink this one again. Thank you East Timor! (And thank you Woodcat.)

I don’t love how these photos of the bag look though, I should’ve taken them with more interesting composition, and a horizontal aspect ratio… bleh. Chalk this up to a first time mistake. I’ll take better photos next time.