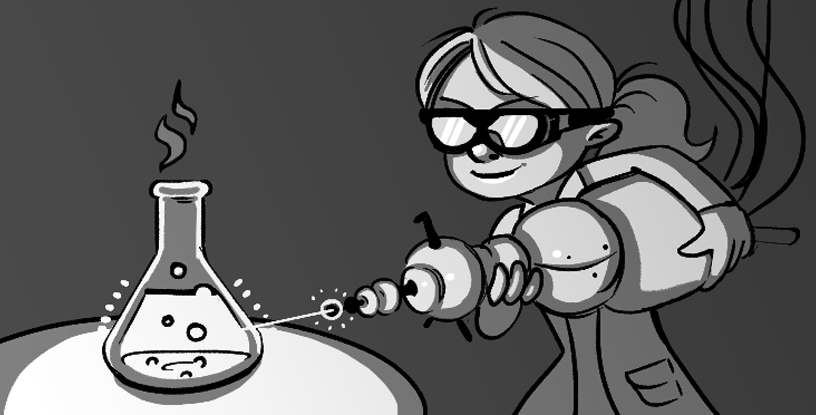 Have you ever heard of femtochemistry? Maybe you’re aware of it from some vague reference, but you’ve never read further into it than that. Maybe you know “femto” and “chemistry” and can make a guess but aren’t sure. Or maybe this is the first time you’ve ever seen the word. No matter your exposure, while this subfield of science is a very small niche, there’s value in knowing a little more about it. Take it from me, the owner of Femtotechnology News, that there’s a lot of interesting stuff happening in this field.

Here are nine fast talking points about femtochemistry. Let this serve as your introduction. You may not be an expert after this, but you’ll certainly seem like one if your co-workers haven’t heard of it before either.

Before I knew what femtochemistry was, I assumed it had to do with protons and neutrons and other femto-sized particles, and wasn’t sure what differentiated it from regular subatomic chemistry and/or physics. This, however, is an incorrect assumption.

The prefix doesn’t refer to the size of the matter studied. Instead, it refers to the span of time over which chemists study changes in reactions.

That’s right – even if it’s news to you, it’s been around for a while. The Royal Swedish Academy of Sciences awarded the 1999 Nobel Prize in Chemistry to the founder and “father” of femtochemistry, Dr. Ahmed H. Zewail.

4. Dr. Zewail Has Worked on Femtochemistry Since the 80s.

Of course, like most things in science, his work picked up where earlier theories left off. But standing on the shoulders of the past allowed him to see reactions at time intervals his predecessors never even dreamed would be available to probe. However, these principles have been around in theory since the turn of the 20th century. So this has been going on longer than you may have known.

This is formally called pump-probe spectroscopy. The first laser is the pump, and the second laser probes.

To our eyes, a chemical reaction may look like it goes from Substance A to Substance B. Slow it down a little, and we can see how it changes a little better. But with ultra-short laser pulses, we can see brand new substances formed along the way from A to B, which are known as intermediates. These intermediates contain a vast amount of new information about how the reaction takes place, and how it forms into the final product. This is a complete new frontier of chemistry.

This is the limit. With these techniques, we can view reactions in such slow-motion that there’s literally nothing to gain by slowing it down more.

Of course, limits in science are made to be broken. So if you think you can engineer something even better, don’t let me stifle your dreams.

That’s right – when applied to chemical reactions that are part of life science, Dr. Zewail’s laser process creates yet another new subfield of science: femtobiology.

I have a post called “What Is Femtobiology” on my Femtoscience website if you want to learn more about that. That post links to specific functions and reactions that are better understood thanks to these processes.

No – not yet. But scientists theorize that in the future, we may be able to do more than just observe with our ultra-fast lasers. We may be able to nudge reactions one way or another to control various aspects of the final product – or even to produce an entirely new final product completely. This would usher in a new paradigm in chemical engineering and materials science.

Femtochemistry is chemistry seen through the fastest camera lens possible. It’s the slow-motion instant replay of chemical reactions taken to it’s furthest extreme. And who knows what advances it may lead to in the future. Now you know the talking points of femtochemistry – if you think you’re interested, don’t be afraid to delve deeper into this fascinating subject.

Note: This post was originally guest-written for the website Chemical Engineering News owned by my friend Konrad. Since that website is no longer active, I am posting it here instead. I had also written a post on asteroid mining, which I am not going to republish. However, I do want to share Katie’s artwork for that post here too: 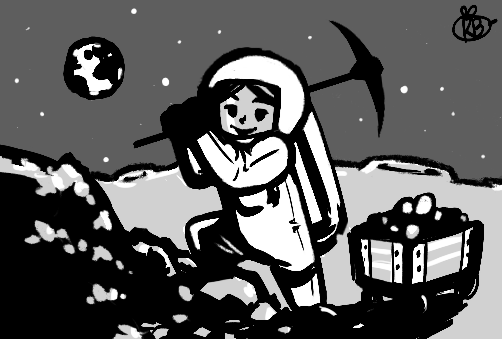