One day, my good friend Marina and I were riding the Los Angeles metro rail and I was, as usual, talking about the Spider-Man trilogy.

The Spider-Man movie trilogy, consisting of director Sam Raimi’s Spider-Man 1, 2, and 3, starring Tobey Maguire, Kirsten Dunst, and James Franco, is the best set of superhero movies ever made. In fact they’re some of my favorite movies ever in general.

Marina is a conservator at the Natural History Museum of Los Angeles County. And she turned to me and said, “you know, Ethan, they filmed a scene from Spider-Man at the museum.”

The scene in question was the bit in Spider-Man 1, near the beginning, when the students (including Peter, Harry, Mary Jane, and Flash Thompson) are on a field trip to a spider lab. Peter mentions how the lab has the “most advanced electron microscope on the Eastern seaboard.” It’s the room where, while Peter is taking photos of MJ for the school paper, a mutated spider drops from the ceiling and bites his hand, giving him his spider powers.

I had rewatched the scene first to get an idea of what Tobey Maguire was wearing. Jeans, purple and blue striped shirt, grey hoodie left open – and he was wearing glasses and holding a camera. I had a tank top that was a close match to the shirt, and I went out and bought a grey hoodie specifically for this trip. I wore my glasses and brought a disposable camera with me (this one, plus the last two pics on here).

The room itself was nothing like how it was displayed in the movie. They had changed everything out besides the walls and columns. I later found a few photos online that showed direct comparisons, not mine, these are from the Flickr of Tony Hoffarth: 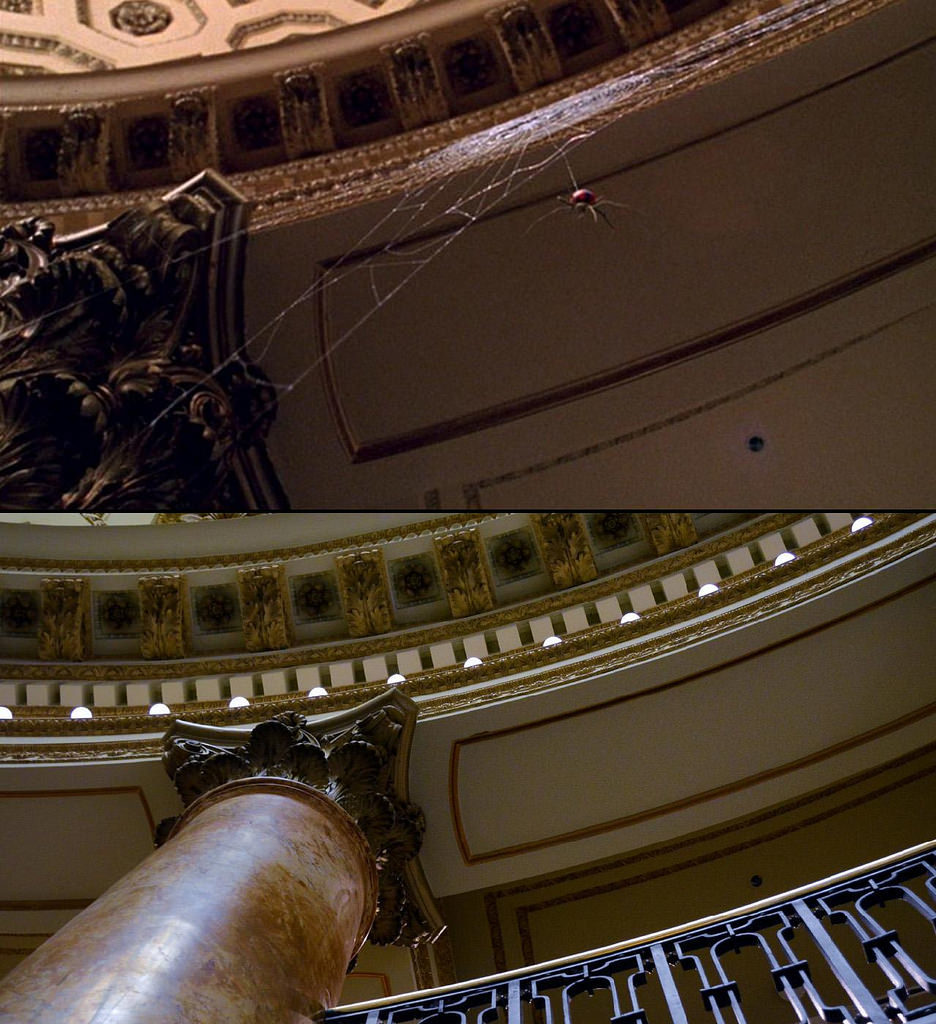 Totally different! The magic of film. They’ve also held wedding receptions in here and the museum is not an uncommon place for big movies to shoot now and then.

I stood next to a column and Marina took my picture.

Having gotten what I came here for, we also did the rest of the museum, which has a bunch of fossils, minerals, taxidermy, and, y’know, in general just a lot of other stuff that’s not as exciting as Spider-Man.

The Rest of the Museum

I was so stoked about the Spider-Man thing that I didn’t really take a lot of other photos here. But here are a few highlights from what I did take. I’ll have to go back again one of these days and actually get enough for a real post about the museum because I’m really not doing the rest of it justice here. 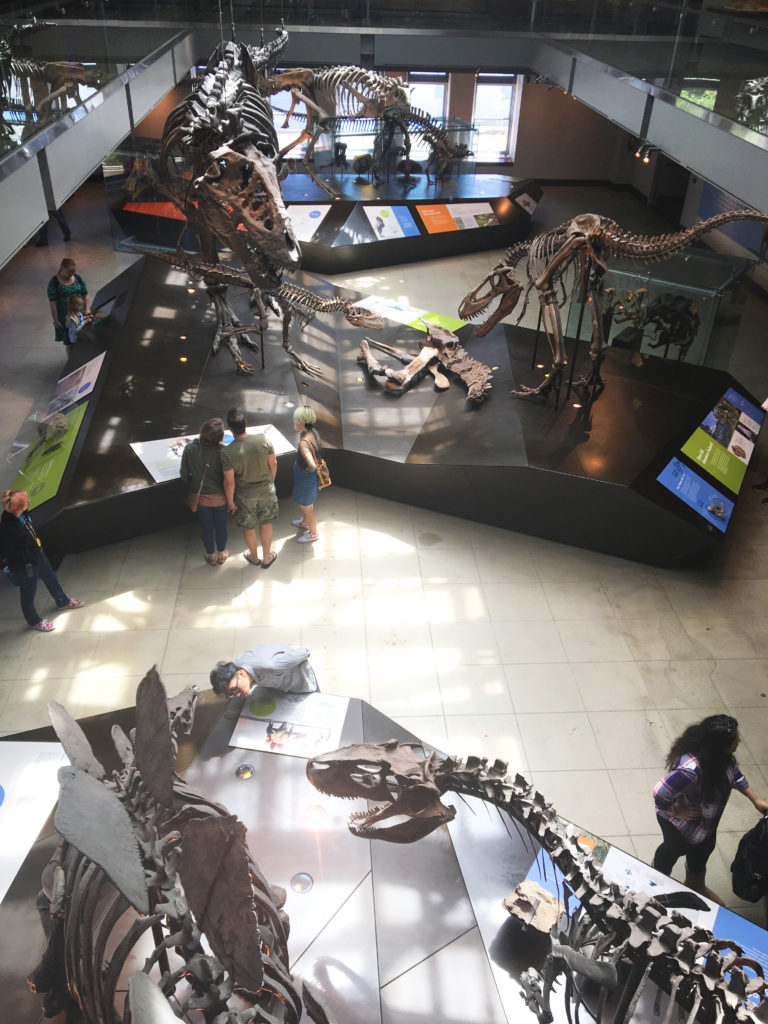 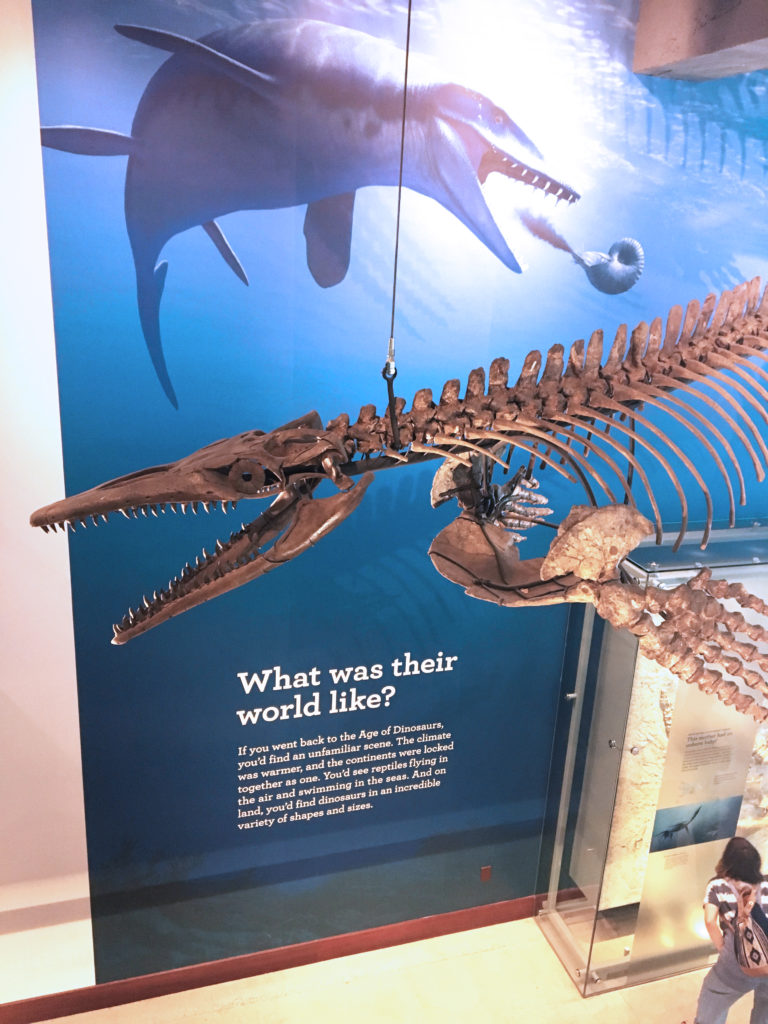 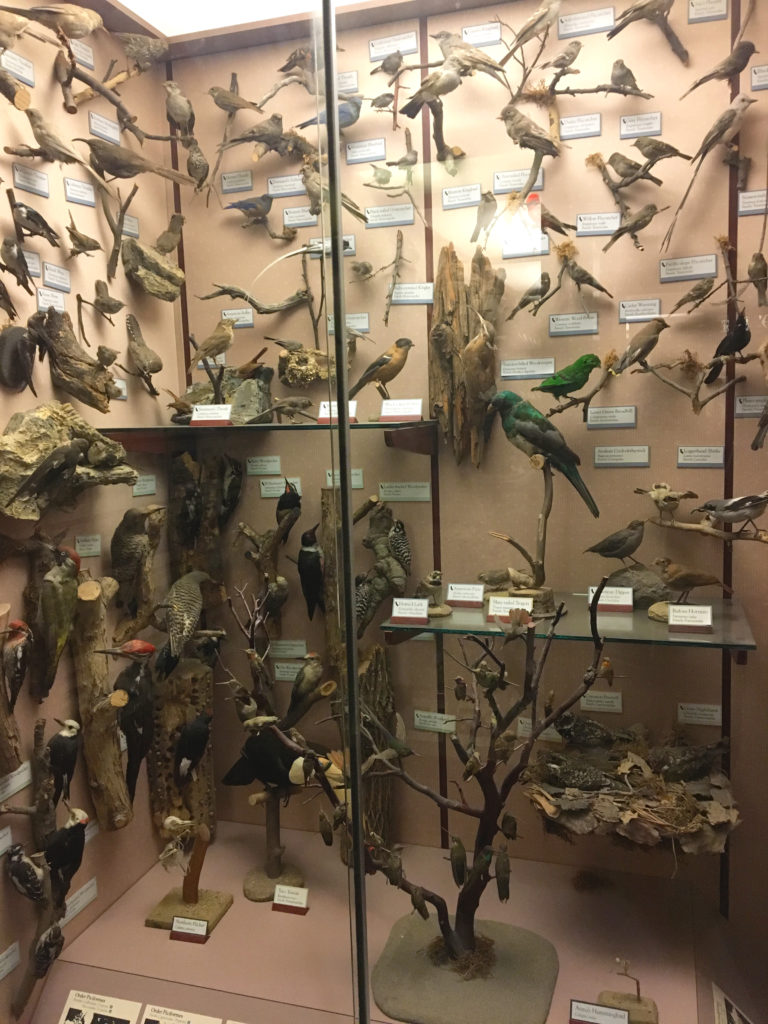 Oh, and I can’t remember if this was across the street or not, but I also got this heat vision image of myself. Interesting how my phone is the same temperature as my shirt. And how my nose is cooler than my face. This was a neat thing to walk around in front of and see how movement changed things. 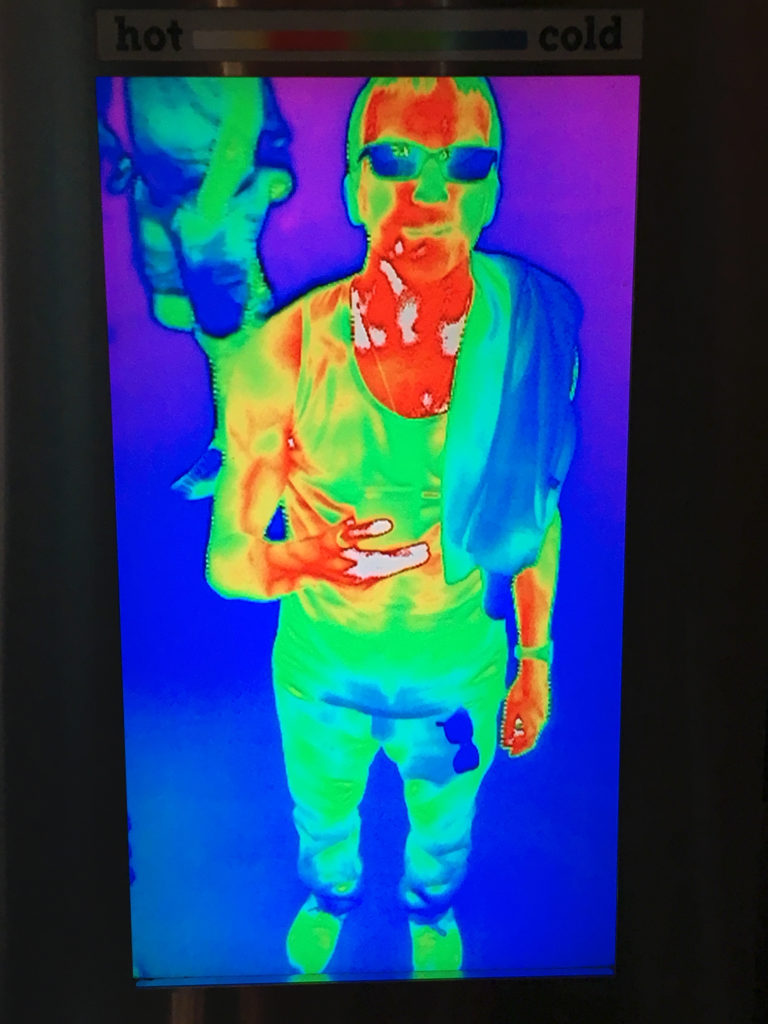 At least now you can all see how hot I am.

Anyway, this has been my amazing Spider-Man film set adventure. Hope you enjoyed as much as I did.

Building a Computer from Scrap
One Chilly Weekend in Rochester, NY